This time I visited Nanto Brewery in Nanjo City, Okinawa, which took home the Silver Medal in the Asia Beer Cup 2017. Nanto Brewery is located within the grounds of the tourist attraction, Okinawa World. 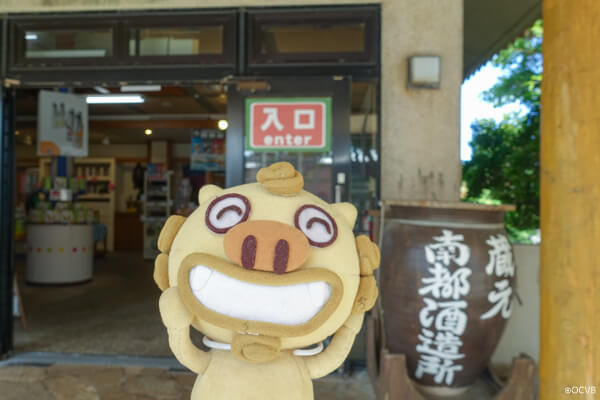 What is the Asia Beer Cup? Hosted by the Japan Craft Beer Association, beer from around Japan, Asia, and the Pacific is judged and it is considered to be Asia’s most prestigious award for beer.
(Formerly “Japan and Asia Beer Cup,” held annually since 1988)
Source: Press release relating to the award presented to OKINAWA SANGO BEER

During the 2017 exhibition, 93 breweries from 10 different countries around the Asia-Pacific region presented 372 craft beers, the largest number yet, and amongst them OKINAWA SANGO BEER’S “ALT” did exceptionally well to win the Silver Medal in the German Ale division! I wondered why they had decided to make beer at Okinawa World, and Yukinori Itokazu, who works at the brewery, gave me many answers. 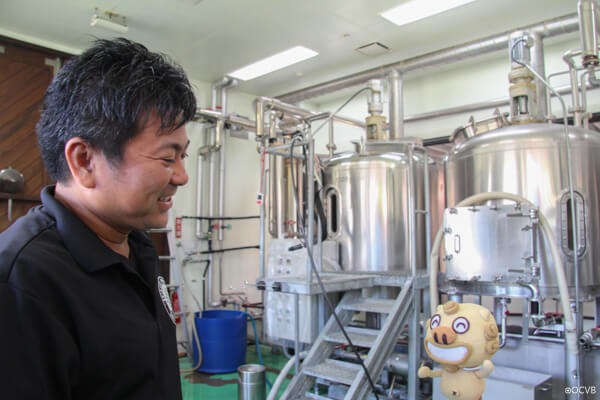 “Originally, Okinawa World had a museum of Okinawa habu snakes and Nanto Brewery made habu snake liquor. But we had many visitors who would come and say to us that it would be nice to drink local beer while in Okinawa, and so 15 years ago we began to make Nihede beer. Our Nihede beer has also won awards in the Asia Beer Cup and has a good reputation, so we decided that we wanted to be able to deliver our beer to more people throughout the world. In October 2016, we renamed it OKINAWA SANGO BEER and redesigned the packaging. The new design and alphabetical name were chosen in hopes of selling it all over the world.”

The name ‘Nihede beer’ came from the Okinawan language, with ‘nifedebiru’ meaning ‘thank you.’ Although this gave it more of an affinity with Okinawa, it’s name was changed to OKINAWA SANGO BEER so that more people could enjoy it! 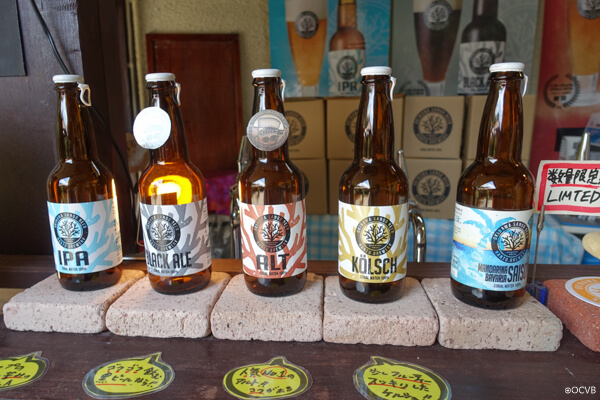 “The water used in the Nanto Brewery comes from underground water found in the Gyokusendo limestone cave, which was created by coral reef and is also located within Okinawa World. Created 300,000 years ago, the water resides 100m underground inside the limestone cave and is pumped out. It is rich in calcium and minerals and is characterized by the bitter taste of hard water. When making craft beer, this characteristic gives us an advantage as it makes it easier to create a unique flavor. Where Nihede Beer was made with about 50%, we decided that OKINAWA SANGO BEER was to be made with 100% of the water sourced from under the Gyokusendo cave. As the underground water comes from a limestone cave born from coral reef, this is 100% coral water. The change in ratio of water and other ingredients, such as hop plants, also means that customers who have already tried Nihede Beer can enjoy a different flavor.” 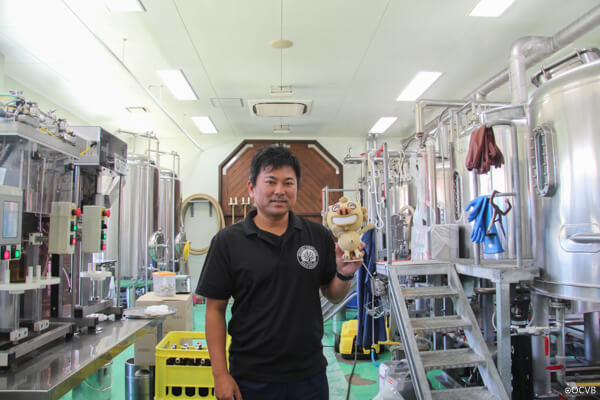 This time they gave me a special tour of the entire beer making process! 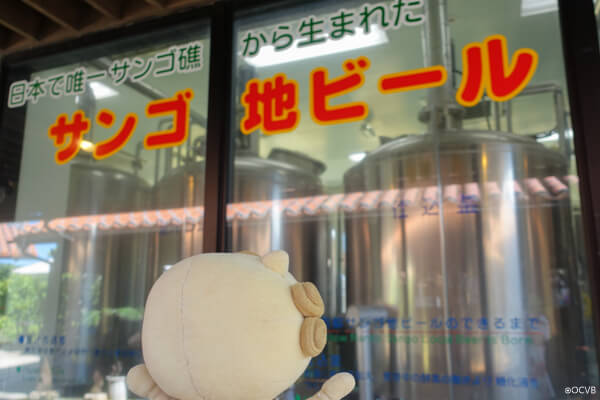 I was surprised by how unexpectedly small the space is where the beer is made. 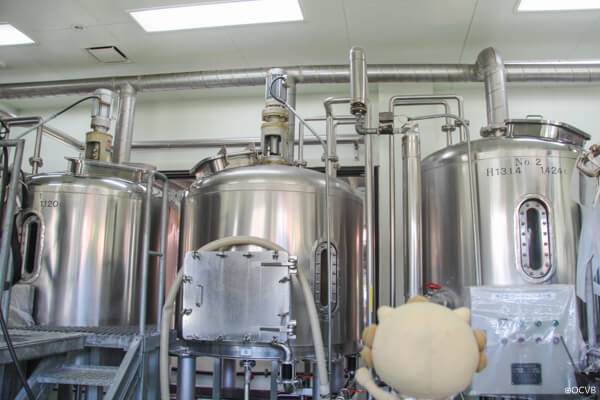 This is the inside of the wort filtration tank where wort and malt are separated. 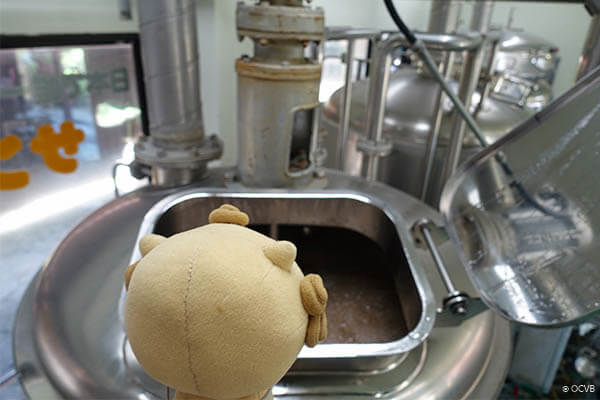 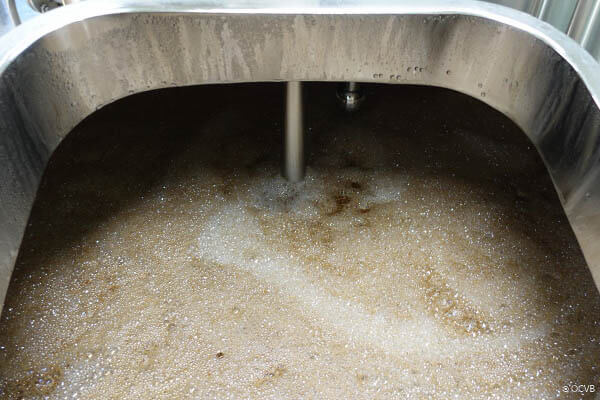 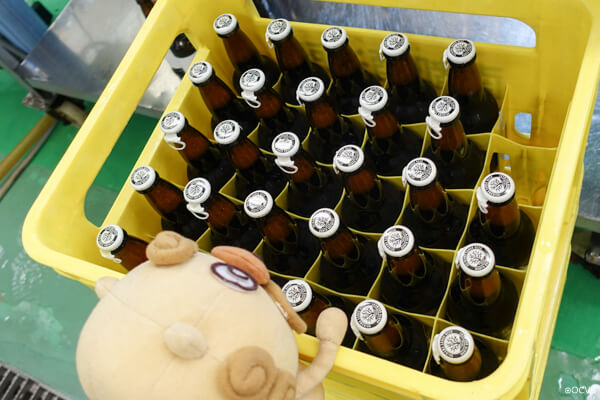 The process is really difficult, so I was only allowed to have a go at bottling. ♪ (This experience is not normally available to the public) 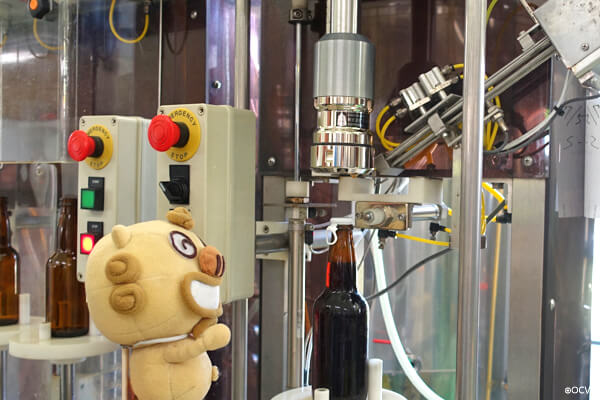 Mr. Itokazu also talked about his future plans with me! “From here on, I would like to have a go at things I cannot do with a beer licence alone, so I will apply for a happoshu licence (low-malt beer) and have a go at creating products with more flavors.” I would also love to try new flavors of beer, so I give Mr. Itokazu my full support! Thank you, Sir!

Made with the dedication of its creator, everyone should definitely try OKINAWA SANGO BEER! ♪ 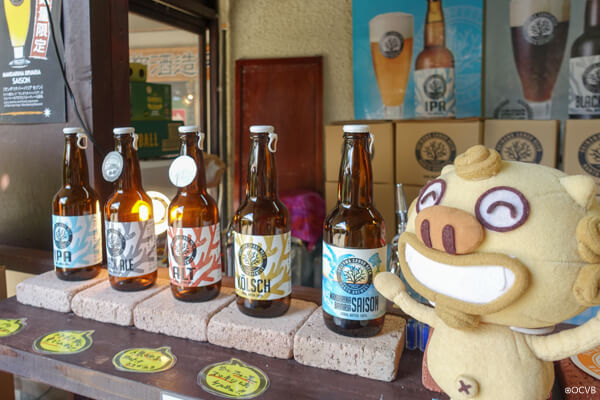