The Culture That Okinawa Has to Offer

Okinawa openly accepted the knowledge and skills gained through trade and exchanges with Japan and China as well as other East and Southeast Asian countries during the Great Trade era, which spanned between the 14th and 16th centuries, and incorporated it with the natural climate to form the foundation on which its unique culture has developed.
Performing arts such as playing the sanshin and dancing were developed at banquets to cater to the Chinese envoys while kumiodori came from the influence of noh and kabuki from Japan during the 18th century.
Crafts were refined with improved quality and skills to pay tribute to the Edo shogunate in the 17th century. The Disposition of Ryukyu brought competition with cheap products from the Mainland, but the Okinawan crafts began to receive high praise as they entered the Showa era.
During the Battle of Okinawa in 1945, the traditional culture of the tangible and intangible were subjected to devastating damages. Since the end of the war, traditional crafts have evolved in response to the needs of the times and began to establish its current status.
After the war, traditional performing arts quickly recovered as a way to heal the hearts of the people and has been passed down in various regions, gaining recognition. 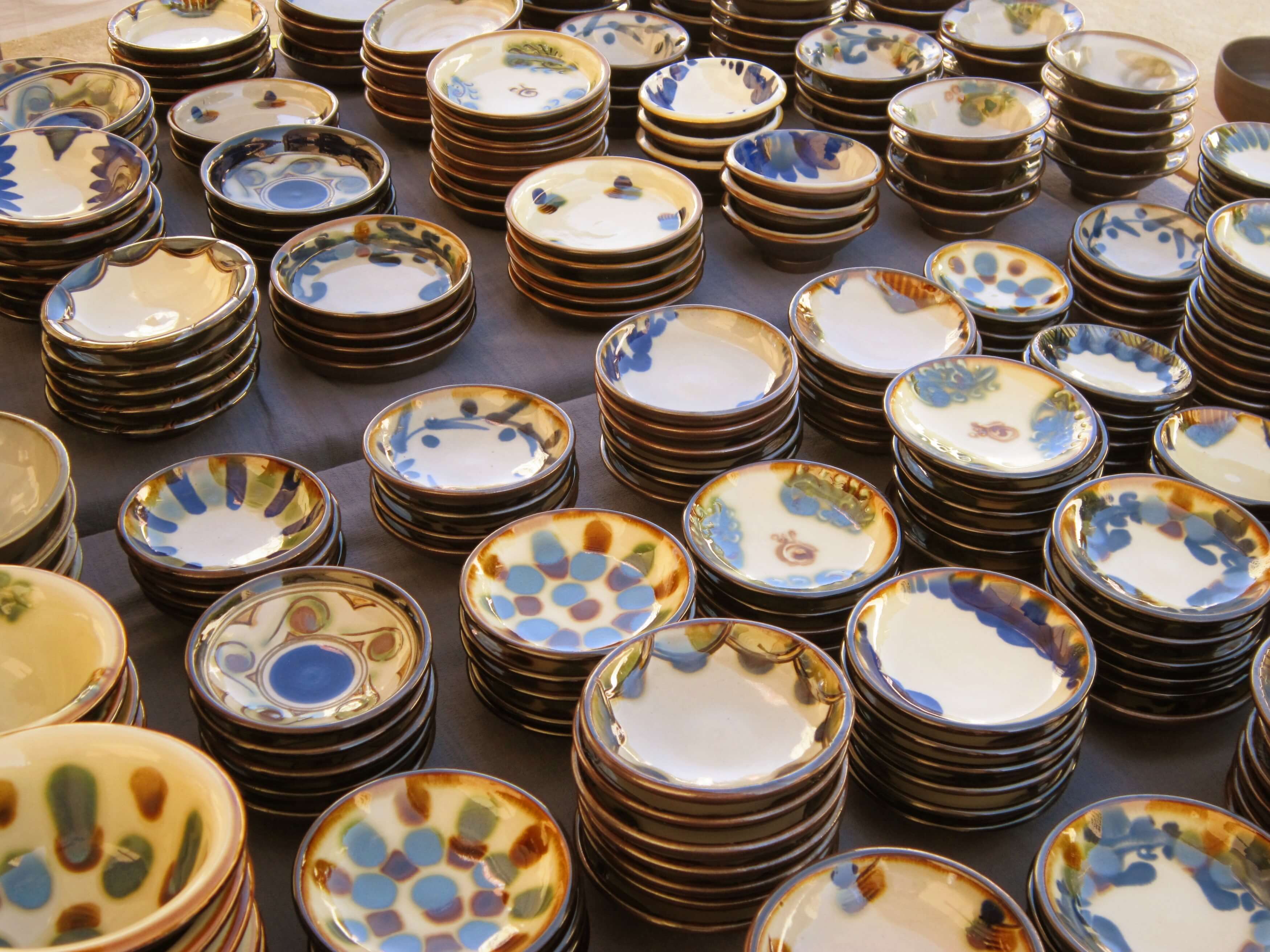 In Okinawa, pottery is called yachimun. The quality of pottery improved through exchanges with neighboring countries such as China and Korea, and in 1616, potters of Korean pottery were invited from Satsuma for guidance.
In 1682, pottery kilns that were in three different places were brought together in Tsuboya, Naha, which then became the birthplace of Tsuboya-yaki, the pottery that represents Okinawa. Before then, pottery was produced in various regions of Okinawa, and there is a ruin of a kiln in Kina, Yomitan of Central Okinawa that was used to make Kinayaki, which is said to be the oldest in Okinawan pottery.
In 1972, as a result of Jiro Kinjo, the Living National Treasure of Okinawa, opening a studio in Yomitan, many potters followed, and Yomitan became a place known for yachimun alongside Tsuboya in Naha.
Held on the third Saturday and Sunday of October in Yomitan and in November in Tsuboya, Naha, we would like you to visit the Yachimun Fair if you have a chance.

Glass production in Okinawa began in the early Meiji era. At the time, they were transparent unlike the colorful ones you see today. The Ryukyu glass known today came into existence after the war. Reusing discarded empty glass bottles of cola and juices from the US military to make cups and other daily necessities in times of scarcity was the beginning. Today, there are highly artistic pieces in a variety of colors. 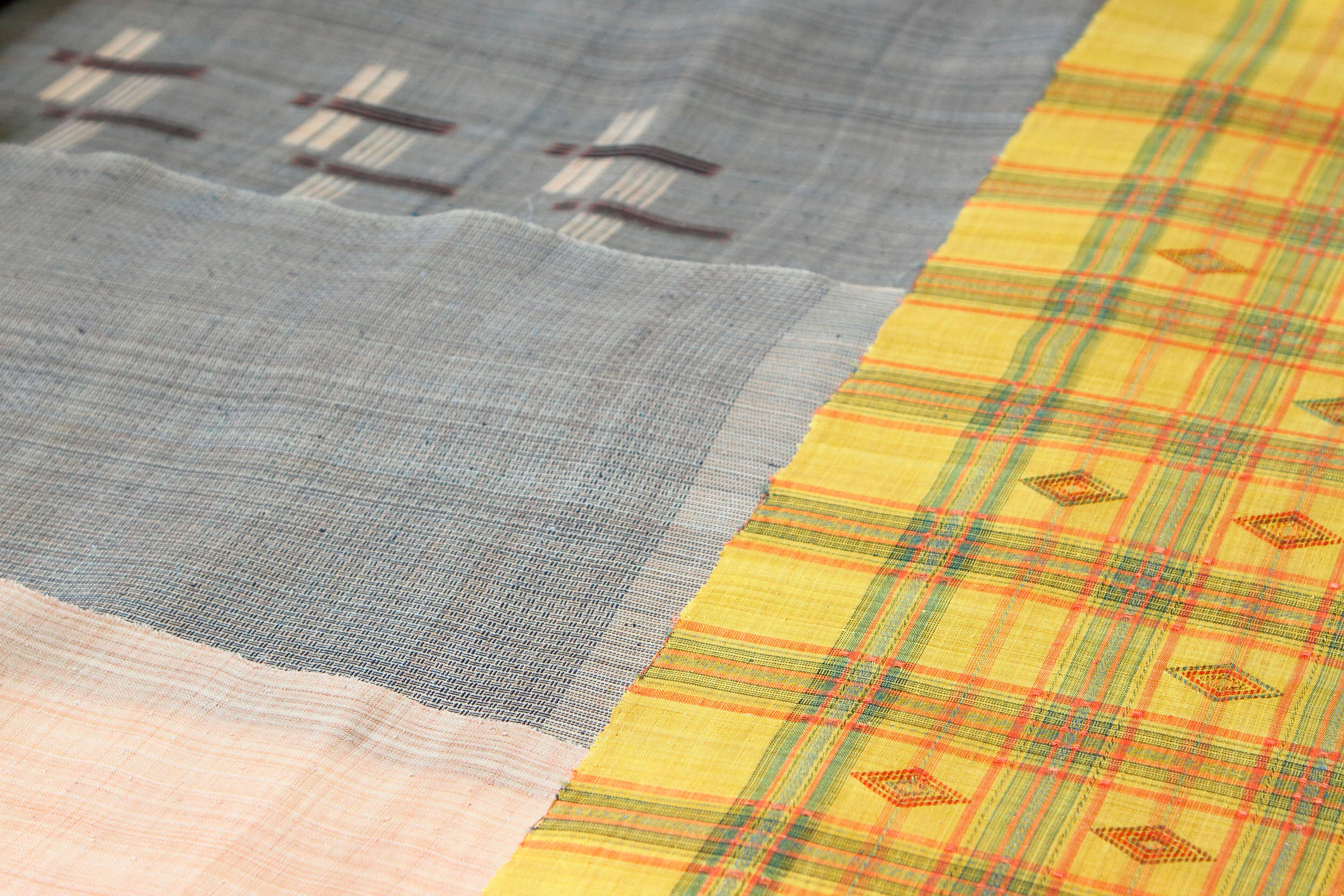 Bashofu has one of the longest histories among woven fabrics in Okinawa and were worn by everyone, from the common people to the warrior class, for its properties of allowing air through to keep cool and being durable. Over 40 leaves of the basho tree is used to make the thread needed to weave one standard roll, and because the work is done entirely by hand, it requires skilled technique and patience. Nowadays, it is rarely used to make kimonos for everyday wear and used instead to make products of other forms, such as accessories and bags. 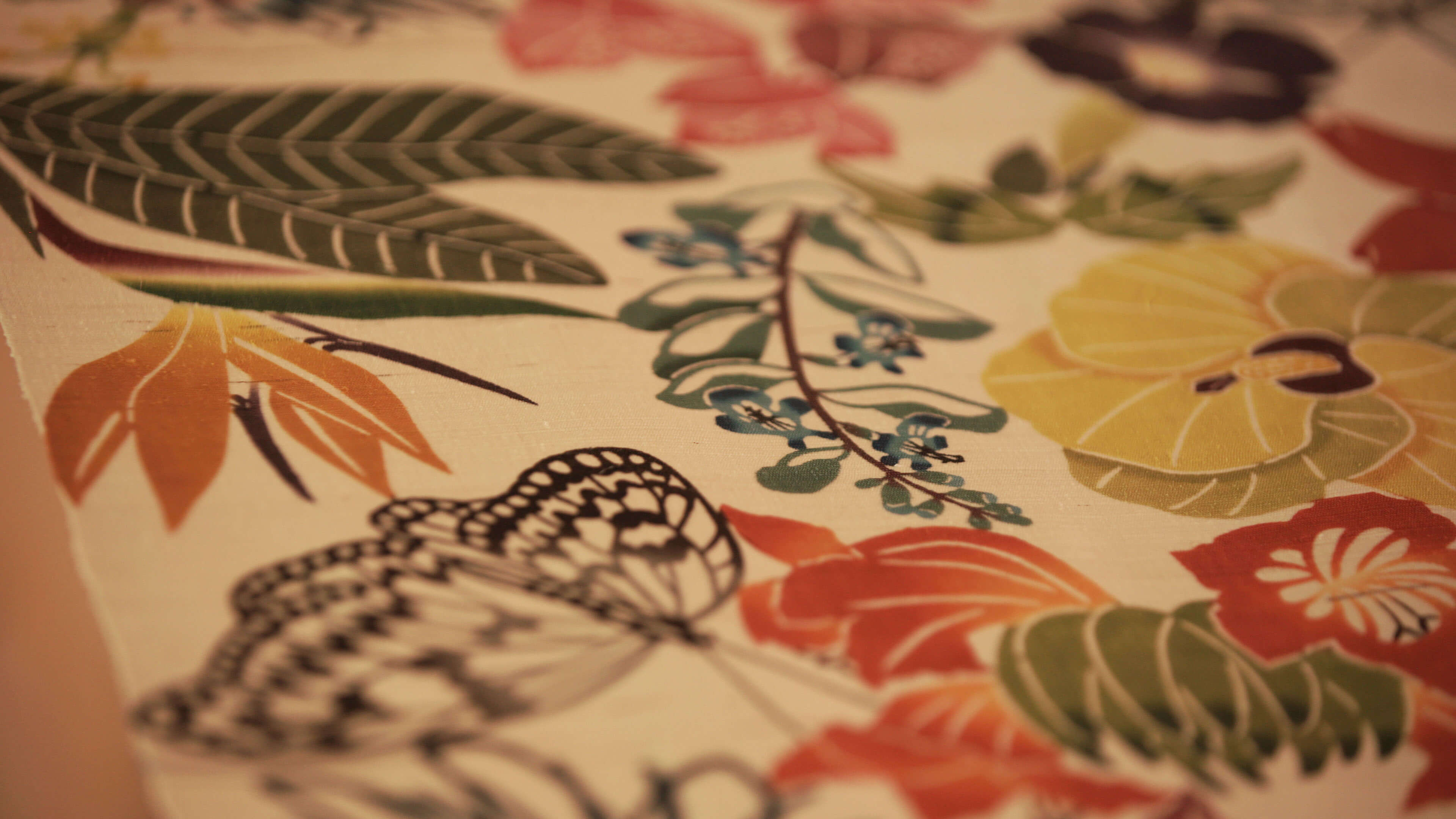 Bingata, the dyed fabric representative of Okinawa, is thought to be the product of incorporating the techniques of printed cotton from India and Java as well as pattern papers and Kyoyuzen from China and that the craftsmanship had been well polished by the mid-18th century. Dyes such as Ryukyu indigo and Garcinia were valuable, thus they were developed for clothing intended to be worn by royalty and the warrior class. With yellow as the color for the highest rank, colors were assigned by class, age, and gender. 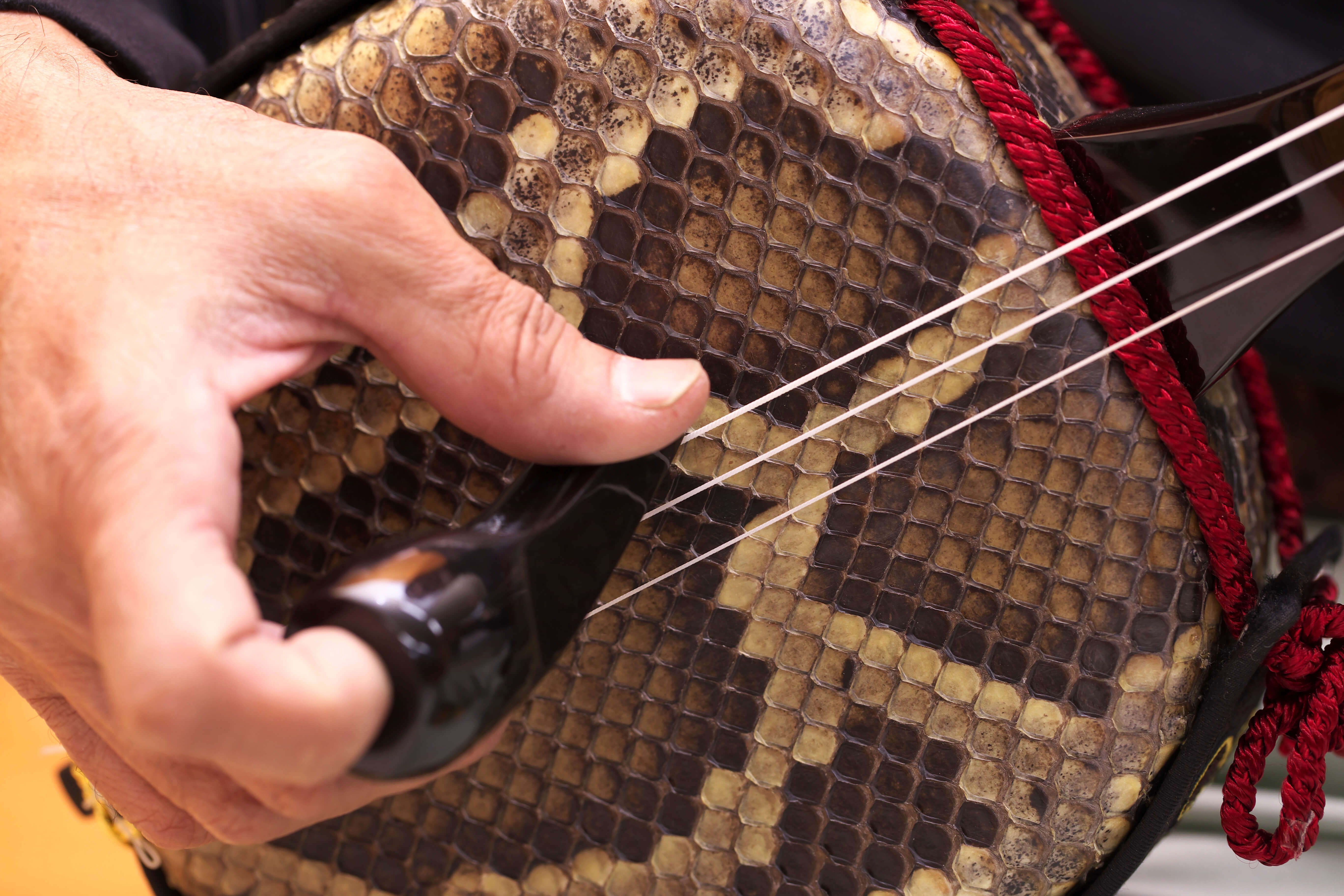 Sanshin is the prominent instrument representative of the performing arts in Okinawa and said to have come from China, becoming a common musical instrument in Ryukyu around the 16th century. It is still used to perform Ryukyuan music, and you can still hear the sound of sanshin everywhere in Okinawa today.
Related Contents